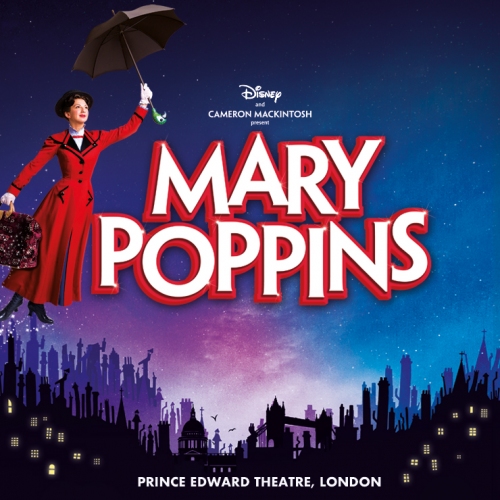 Singer and actress Petula Clark will be returning to the stage for the first time in twenty years to play the Bird Woman in the show, who sings the iconic song "Feed the Birds".
Clark starred as Maria von Trapp in The Sound of Music in the West End in 1981 and Candida by George Bernard Shaw in 1983. Other theatre productions include Sunset Boulevard, Blood Brothers and Someone Like You.

Also cast is Joseph Millson, who is to play Mr Banks. Millson's stage credits include Apologia at Trafalgar Studios in 2017, Mr Foote's Other Leg at Hampstead Theatre in 2015 and Macbeth at Shakespeare's Globe. He has starrs in Holby City, EastEnders and Doctors on TV.
The two join the already announced Charlie Stemp as Burt and Zizi Strallen as Mary Poppins. The show opens in previews on 23 October, with opening night on 13 November and is initially booking until March 2020.