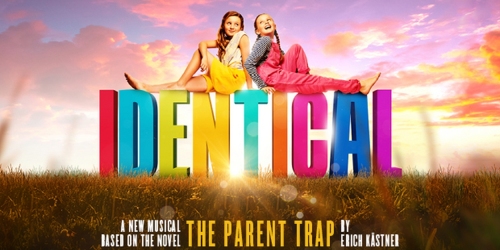 Our new musical, IDENTICAL, began rehearsals today ahead of its world premiere at the Nottingham Playhouse on July 26th.

Directed by Sir Trevor Nunn, it has music by George, lyrics by Anthony, and a book by Stuart Paterson. It is based on the novel The Parent Trap by Erich Kästner, and follows two sisters, separated at birth, that contrive to bring their parents back together. It has been adapted into two movies, the latter starring Lindsey Lohan.

In addition to an incredible cast of young actors, the show will also feature Cairn Terrier Ness and West Highland Terrier Louby in the role of Pepi!