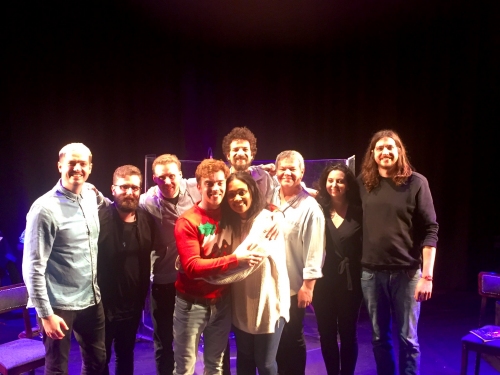 Mentorship Award showcase for The Season

We're so proud of writers Jim Barne and Kit Buchan. We've had a wonderful afternoon at The Other Palace presenting the industry showcase of their show 'The Season', the culmination of their Mentorship Award year with us.

Thanks to the brilliant cast Tori Allen-Martin and Alex Cardall, Director Tim Jackson and Musical Director Tamara Saringer. Plus the band, crew and everyone who helped along the way! Thank you to the fab team at Mercury Musical Developments and our supporters at Music Theatre International - Europe. What a team effort!

We're thrilled the show will be going into full production this autumn at the Royal & Derngate in Northampton, followed by the New Wolsey Theatre, Ipswich. We'll see you there!