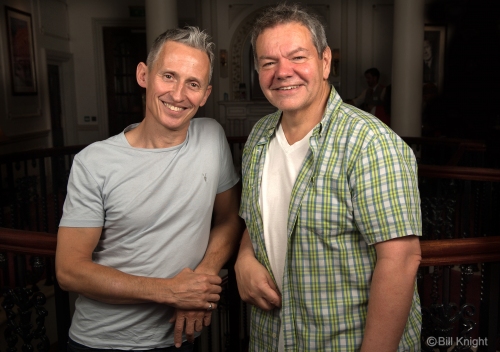 We know that many of you are concerned about George's health after some posts that appeared on social media.

The current situation is that our beloved George is doing well and making slow but steady progress in a wonderful rehabilitation clinic in Chicago.

Two weeks ago he suffered two strokes. His partner Hugh, and Ants, were with him round-the-clock while he was in the Intensive Care Unit, where he received the best possible care.
Since transferring to the Shirley Ryan Ability Lab, they are pleased to report that he is responding well to both physical and occupational therapy, and hope it will not be too long before George can return home to continue his rehabilitation in the UK.

We have been overwhelmed by your kind messages of concern and support and, as George says, "so lucky to be surrounded by so much love".