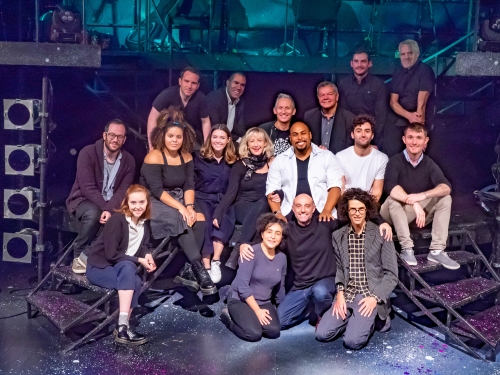 
Huge thanks to all involved in the fabulous showcase of Reanimator: A Zombie Musical yesterday The Other Palace. It was amazing to hear the show performed by such an amazing cast & band, & the perfect end to our Mentorship year with writers Ben Glasstone & Susie Kleeman.

Reanimator: A Zombie Musical was the 2017 winner of our MTI Mentorship Award, which offers a new musical developmental support over the course of a year. Having benefitted from a writing retreat in August 2017, followed by two panel-led Progress Labs, yesterday's showcase was the culmination of Ben & Susie's work on the show. We were thrilled to work with an incredible cast and band, as well as with Director Adam Lenson and Musical Director Tim Sutton.

We're particularly grateful to our friends at Mercury Musical Developments who tirelessly nurture new musical theatre writing in the UK, as well as the team at Music Theatre International - Europe who generously support our Award. ​