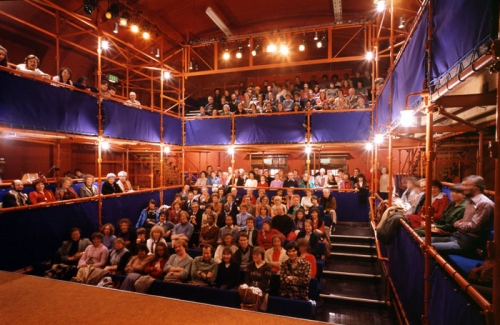 We're thrilled to share news with you that the Tricycle Theatre's 240 seat former auditorium is being gifted to Valley Park School in Kent where we are patrons. The school became a specialist arts college in 2007.

This is particularly special for us as Just So had an early production at the Tricycle Theatre in 1990.

The structure was designed in 1979 by architect Tim Foster and is being given away for free due to a major refurbishment at the theatre.